How We Got Here

The Chiefland Methodist Church was organized in 1861 in the home of Isaac P. Hardee with 5 or 6 members. The home was known as Pine Hill and is still located two miles west of the present church. The meeting place was soon moved to the log school house, closer to Chiefland, and was known as the Antioch Church. It was served by various circuit riders.

A box-type house with wide boards running vertically was built about the year 1885. It was located a mile northeast of the old log school house. Services were held there until 1911.

In that year, A. P. Hardee of Bronson deeded a lot in Hardeetown to the church. A small but neat frame building was erected. It was painted white, trimmed in green, and had a reddish brown roof. This was the first property owned by the church.

The lot on which the present church building is located was acquired in 1928. Construction of a stucco building began the next year and was completed in l931. The church continued to be served by circuit riders until 1948 when Reverend Roy Ben Ridley became its first full-time pastor. The following year the building was condemned after being destroyed by termites. Services were held in the high school auditorium while a new church building made of stucco and block was constructed . The first service was held in the new building on Easter Sunday, 1950.

In the late 1950’s, a six-room educational building was added. The new parsonage was erected during the years 1967 to 1969. The lot across the street, south of the church was purchased for future growth in the early 1970’s; it now supports a pavilion and a fenced-in playground.

A new sanctuary was finished in 1984. An additional lot east of the church was bought in 1998. We envision an educational facility combined with a fellowship hall being built there.

In September 2012, a steeple and bell were added to the church, courtesy of an anonymous donor.

We are a church without walls, connecting people with God and each other as we follow Jesus Christ on the path of discipleship. 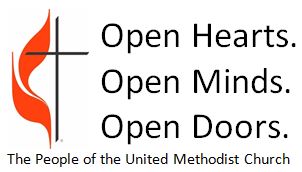 First United Methodist Church Chiefland believes that God’s grace is available to anyone who is willing to open their hearts to His amazing and transforming love. Everyone is welcome at the Lord’s table. We don’t care how your dress or your background―we care about you! All people are welcomed, accepted, and invited to join us as we follow Jesus

Jesus calls us to live outside the walls of the church reaching out to our community building relationships, and serving the needs of our community. We partner with churches and agencies in our community to enable all people to experience the quality of life that God intends for all people.

For more on what we believe as part of The United Methodist Church, visit www.umc.org